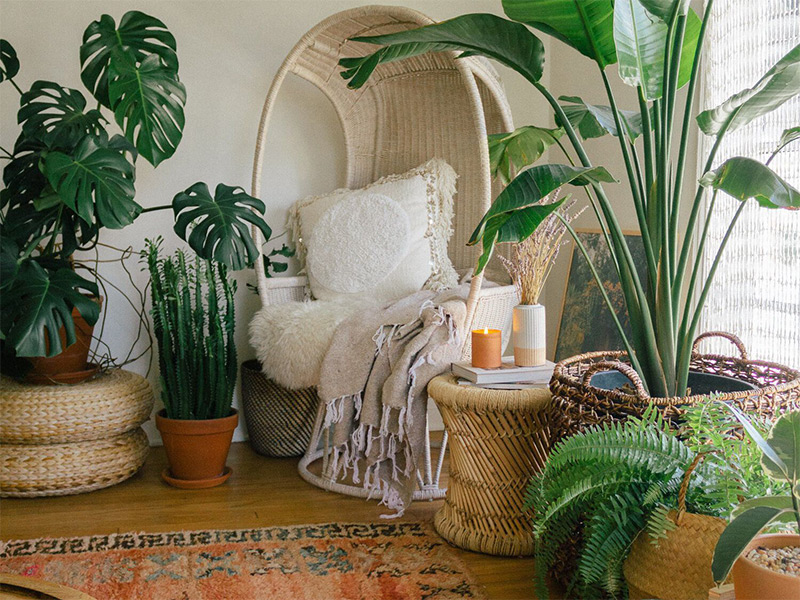 Getting into the spring season has never been easier than running to your local nursery and picking up some healthy indoor plants. Whether it’s a small fern or a large spider plant, not only will you be sprucing up your home, you’ll also be more productive and possibly less stressed. Who doesn’t want that?

Several studies have found that plants in the workspace increase both productivity and creativity. Productivity increased by 15 percent after plants were introduced to a previously bare office. One study was found that students in a computer lab worked 12 percent faster and were less stressed when plants were placed nearby. Another study showed that people with more plants in their workspace took fewer sick days and had a longer attention span on the job.

In a small study, researchers put students in a classroom with either a real plant, a fake one, a picture of a plant, or none at all. Brain scans of the participants showed that the students who studied with real, live plants in the classroom were more attentive and better able to concentrate than students in the other groups. In another study, 28 new plants were placed in common areas of a heart and lung rehab center. Patients reported a higher increase in well-being four weeks later compared to patients who didn’t have greenery.

In a study, people were given two different tasks: repotting a houseplant or completing a simple computer-based task. After each task, researchers measured the biological factors associated with stress, including heart rate and blood pressure. They found that potting plants and maintaining them daily provides an opportunity to forget about troubles. The computer task, on the other hand, caused a rapid spike in heart rate and blood pressure, even though the study participants were young men who worked in the computer field. Researchers concluded that working with plants could reduce both physiological and psychological stress.

Helps speed up your recovery after an illness

A 2002 review of the research revealed that people recovering from different kinds of surgery had shorter hospital stays than people who weren’t looking at greenery during recovery periods. Patients with plants in their rooms required less pain medication, had a lower blood pressure and heart rate, and had less anxiety and fatigue when recovering from surgery.

For people experiencing the symptoms of mental illness, indoor gardening can be the right solution. Researchers have shown horticultural therapy can boost feelings of well-being among people with depression, anxiety, and dementia, and other conditions. Since this therapy has been around for centuries, people have been more inclined to using it, because growing and caring for plants can play a role in a person’s formal recovery process.

Improves your outlook on work

Researchers interviewed Amazon employees in different countries, and they discovered something amazing. Employee productivity increased by 15 percent after plants were introduced to a previously bare office. Office environments that included natural elements like indoor plants felt greater job satisfaction and more commitment to the organization than those not working around natural elements. Researchers said the natural elements helped to diminish the effects of job stress and anxiety.

Improves the quality of indoor air

Researchers then were looking for ways for sealed spacecraft’s air quality to improve. They concluded that the reduction of airborne volatile organic compounds (VOCs) were made possible because of the roots and soil of houseplants. Indoor plants also help rid the air of common toxins and indoor pollutants.